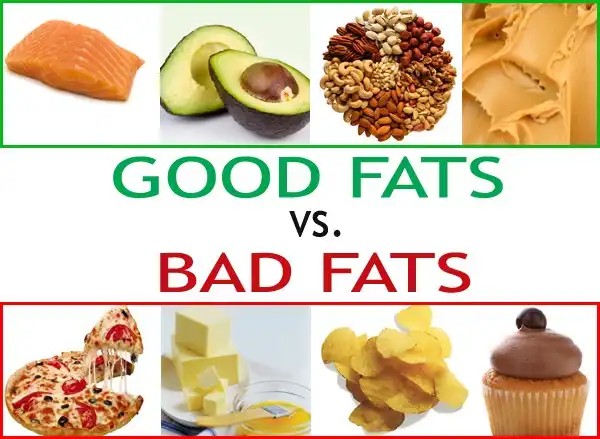 Indeed trans fats has the most significant negative impact on our health,this could be why:

In a study,it was found that higher intake of saturated fat (found in foods such as red meat,lard and butter) and trans fat (predominantly from partially hydrogenated vegetable oil) was associated with greater risk of mortality when compared with the same number of calories from carbohydrates.

The trans fatty acids that is more commonly called trans fats,are made by heating liquid vegetable oil in the presence of hydrogen gas and a catalyst,a process called hydrogenation.

🔸partial hydrogenated vegetables oil make them more stable and less likely to become rancid,this process also converts the oil into a solid which makes them Function as margarine or shorting.

🔸 partially hydrogenated oil is a mainstay in restaurants and the food industry for frying, baked food and processed snack foods and margarine.

🔸 Partially hydrogenated oil is not the only source of trans fats In our diets,trans fats are naturally found in beef fat and diary fat in small amount.

To further establish the fact that trans fats are the worst type of fat for our heart, blood vessels and the rest of the body due to the following reasons:

🔸Can have harmful health effects even in small amount,for instance for each additional 2% of calories from trans fat consumed daily,the risk of coronary heart disease increase by 23%.

🔸creat inflammation – a reaction related to immunity, which has been linked to heart disease, stroke, diabetes and other chronic conditions.

🔹 What are the world leading Health authorities saying.

In November 2013 the US food and Drug Administration (FDA) stated that partially hydrogenated oils (PHOs),the primary source of artificial trans fat in processed food are not generally recognized as safe.

The FDA and other similar Health organization concluded that trans fat provides no known benefits and that there is no safe level of consumption. It is recommended that people consume as little trans fat as possible.

In June 2015, the FDA finally came out with this determination, compelling the food manufacturer to remove PHOs from products within 3 year.within this said period companies must reformulate food product without partially hydrationated oils.

In conclusion, these findings are consistent with the Dietary recommendation to eliminate trans fat(the bad and the ugly) and to replace foods high in saturated fat(the bad) with sources of unsaturated fat,such as mono or Polyunsaturated fats (the healthy fats).

Till we meet again in the next article, happy Thanksgiving day and stay healthy.

This site uses Akismet to reduce spam. Learn how your comment data is processed.